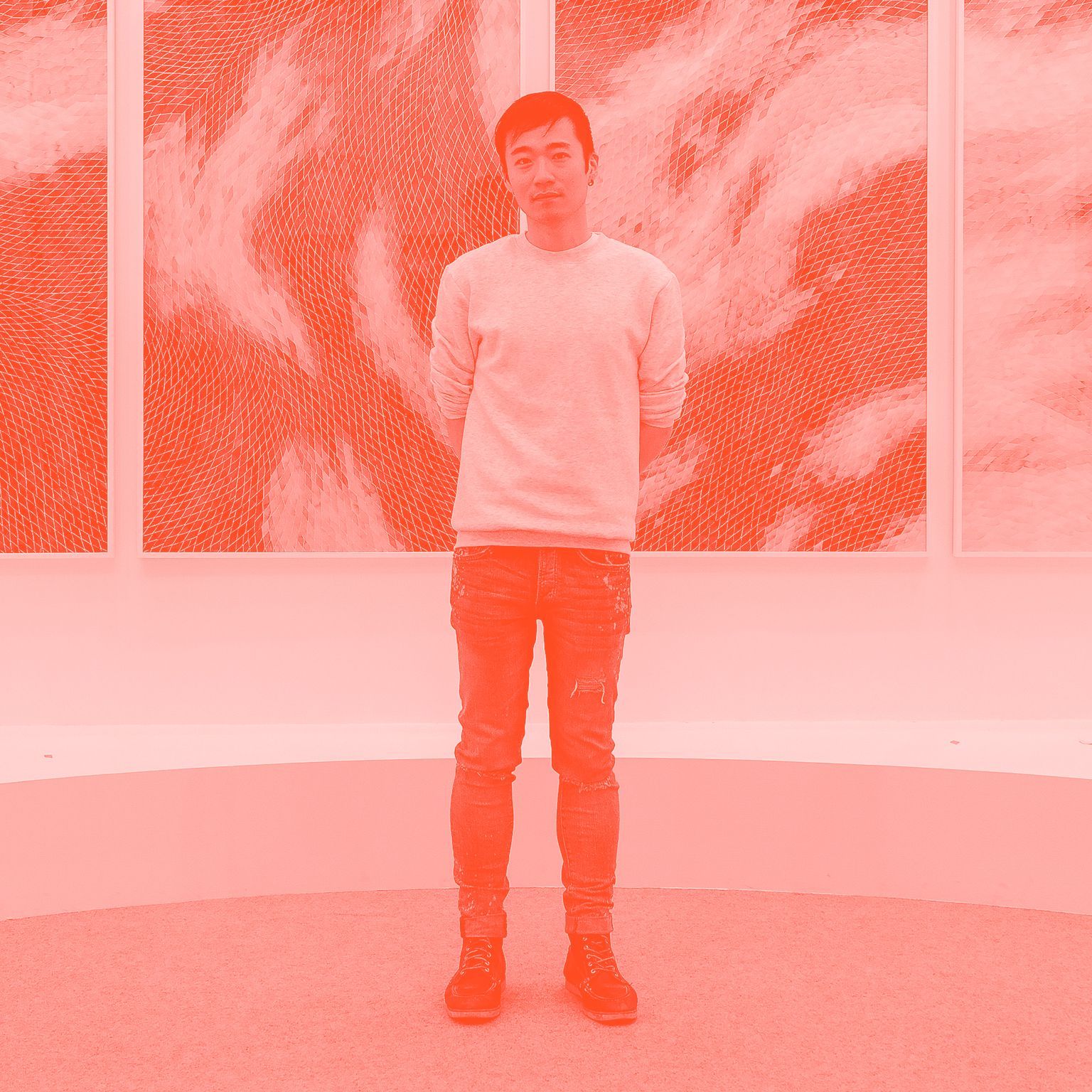 Timothy Hyunsoo Lee (b.1990) is a Korean-American artist based between New York and Madrid, Spain. He was educated at Wesleyan University (Middletown, CT, USA) with a degree in neuroscience, drawing, and developmental biology. As a first-generation immigrant from Seoul, South Korea, Timothy developed a lasting anxiety attempting to reconcile his perceived and received identities – both culturally and racially. Trained in the laboratory sciences with a focus on behavioral neuroscience, he approaches his art through an analytic lens yet his practice results in abstract conversations about transient lives and ephemeral states of being. As a result, his current body of work covers many themes – of racial politics, of migration, of death and legacy, and of sexuality.

Timothy’s works have been included in significant national and international exhibitions at venues such as the Wallach Gallery of Columbia University (New York), The Studio Museum (New York), and The National YoungArts Foundation Gallery (Miami, FL). He was commissioned by the MTA Arts & Design to create a public art project for their Stewart Manor LIRR station in Garden City, New York, and his works are included in private and public collections around the world, including Facebook (Seattle, WA, USA), The MTA Arts & Design (New York), The Cleveland Clinic (Abu Dhabi, UAE), Memorial Sloan-Kettering Cancer Center (New York), The Basu Foundation for the Arts (Kolkata, India), and Fundacion DOP (Caracas, Venezuela).

Interviewed by Huma Kabakcı, Open Space is excited to present its third guest to discuss all things art, politics, diversity and more.

How has your practice evolved based on where you come from and where you are living now? Does cultural appropriation play an important role in your work?

I believe art is inherently political – that is why it’s become such an important source of soft power- both historically and more recently. My work is an investigation into my identities – the ones I was born into, the ones I’ve grown into, and the ones I hope to be seen as, and thus, it is an amalgamation of the different cultural influences in my life. The topic of cultural appropriation is certainly a controversial one, and I am a firm believer that artists bear the social responsibility to navigate their world in an inclusive and equitable way. On that note, I believe that creating works that borrow elements from other cultures without having lived those experiences – a.k.a. cultural appropriation – is incredibly irresponsible and comes from a privileged point of view. Instead, we should work to uplift those marginalized voices and give them the platform to share their history and visions, rather than adapting to it for our own convenience and usage.

You lived in Madrid before you moved to New York and now you are considering moving to London for a MFA degree at Goldsmiths, where do you see yourself based in the future?

As a child, my sense of home and belonging has never been rooted in a physical place – I moved to New York from Seoul when I was five years old, and much of my childhood and teenage years involved moving between neighborhoods and houses. I decided to move to Madrid in 2017 for practical reasons (New York being an unsustainable place to work for many emerging artists), but later on I came to understand how important it was for my practice to continuously challenge my sense of belonging and attachment. I now embrace the uncertain future and my nomadic lifestyle because that has remained the only constant in my life. I have no idea where I’ll be in five years, but I hope in the future I see myself based in a location that continues to keep me excited about what I am creating.

What do you love to do in your free time?
I love to cook and experiment in the kitchen by creating new dishes during my free time. Some of my fondest memories are based around food and the culture of eating, and I believe that our relationships to food are informed by history, culture, and memory. Cooking, and speculating how different ingredients change the flavor of a dish, also appeals to my scientific interests since I spent the majority of my university years immersed in a laboratory setting. Beyond cooking, I love to spend time outdoors to refresh my senses and my mind, so I try to go camping at every chance.

My practice was originally influenced by the years I spent researching in a neural stem cell laboratory whilst studying at university, but since then it has evolved and expanded into an investigation about memory, coming of age, and the sources of trauma. I see my influences as being the life events I am constantly living through – moments where I’ve experienced insight, life, loss, and recollections. The biggest challenge in my practice has been navigating my role as a creator, and staying true to my vision, whilst understanding that the current unsustainable model of the art market forces artists to take on greatest risks. There is a delicate dance that occurs with engaging with this sector of the art world whilst understanding that art can live outside of this bubble as well, as well as being aware of how these worlds can influence the works being produced.

Diversity to me means creating a space that is inclusive and equitable for all, where representation is normalised. Unfortunately, because art is a soft power, there are inequalities and issues around access that are deeply ingrained in this system. The traditional history of art has been taught and dissected through an Amero/Eurocentric lens, and non-Western Arts are compartmentalised and ‘othered’ – highlighted only when they feel ‘culturally relevant’ at the moment (which, for many institutions, this means only if exhibitions and political events benefit their showing financially). Diversity to me means removing the systems of gatekeeping present in the art world, which is dominated by white, rich men who have a vested interest in making access to art a luxury, rather than a basic need.  Diversity to me means normalising seeing artists from the queer, women, trans, gender nonbinary, Black, Indigenous and POC communities represented in exhibitions, scholarly research, and positions of power.

I would love to have had the opportunity to collaborate with Zaha Hadid; there is a controlled chaos present in her works that resonates strongly with how I view my practice. Specifically, there is both fluidity and rigidity in form that references something both organic but also suspended in an industrial matrix. It would have been exciting to see how my cellular fractal patterns, and my newfound interests in stained glass and glass chapels could be integrated into her designs and architecture.

Prior to this hiatus I was working on a project where I painted SPAM cans and torn instant noodle packages as a way to reference both objects of my childhood obsessions but also the American presence that had integrated itself into my daily life since childhood (SPAM being a wartime food ration brought into South Korea by the U.S. military). Currently I have taken a bit of time away from producing to reflect on both the current socio-political condition of the U.S. but also my motives in being an artist during a pandemic. I’ve been spending my time working within an amazing community-based arts collective in Brooklyn called Public Assistants (@publicassistants) while also trying to figure out ways to use my skills and experiences to uplift causes that I am passionate about. 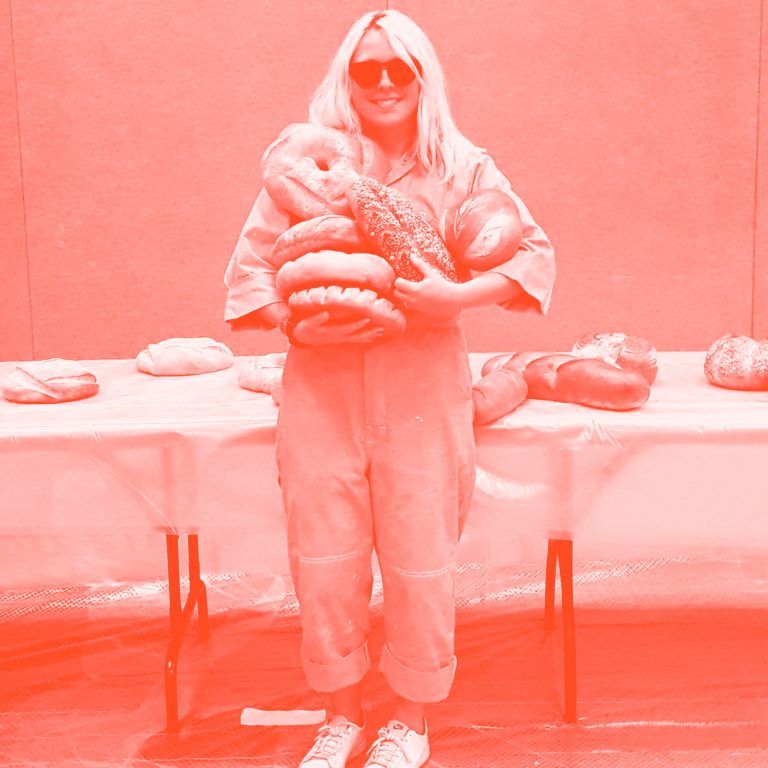 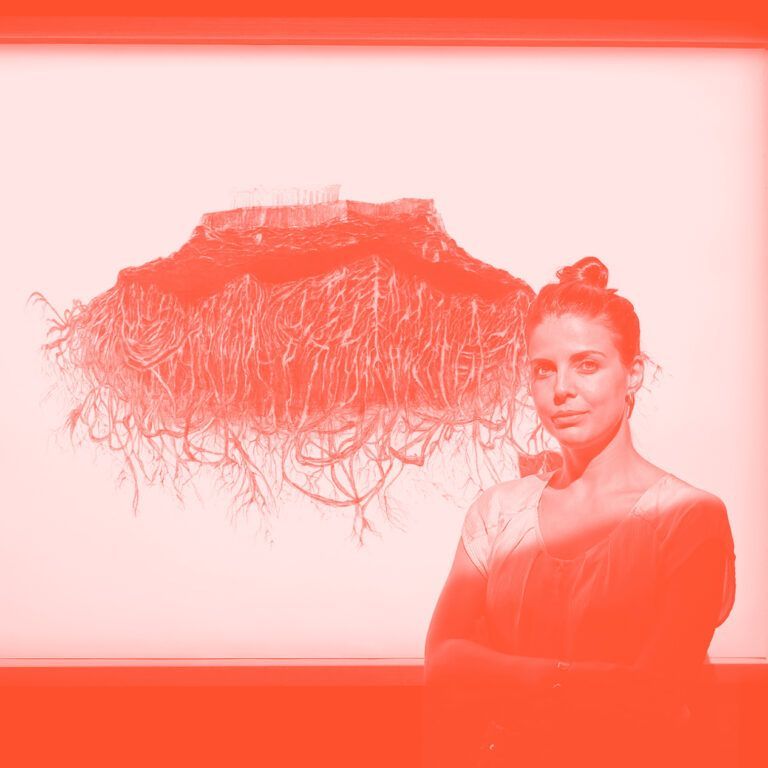 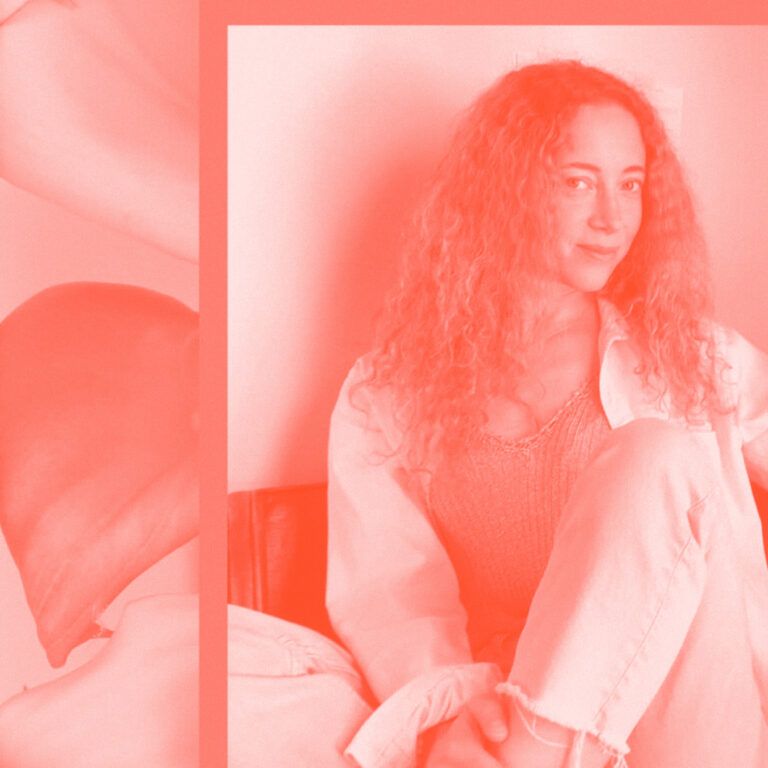 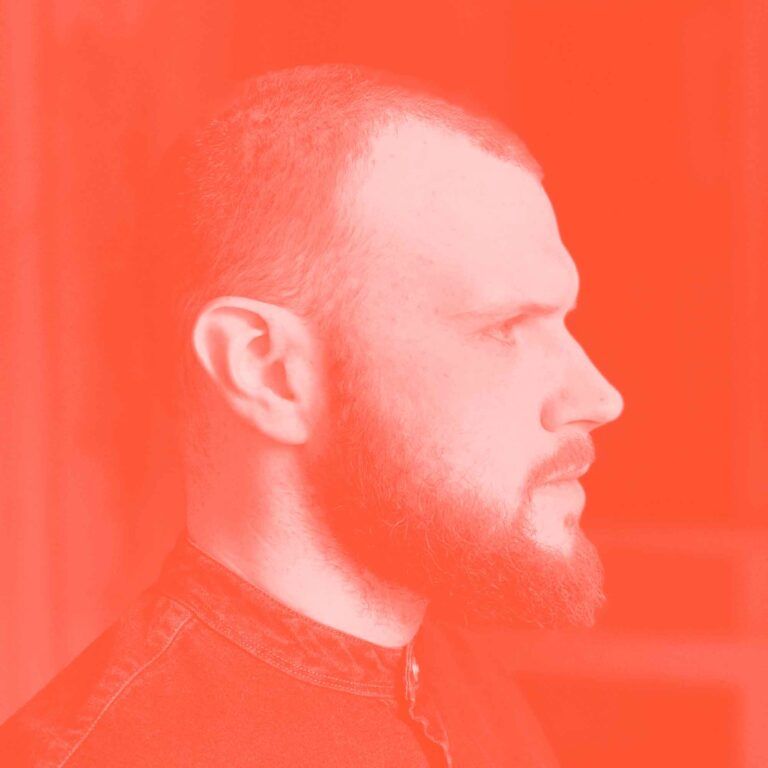