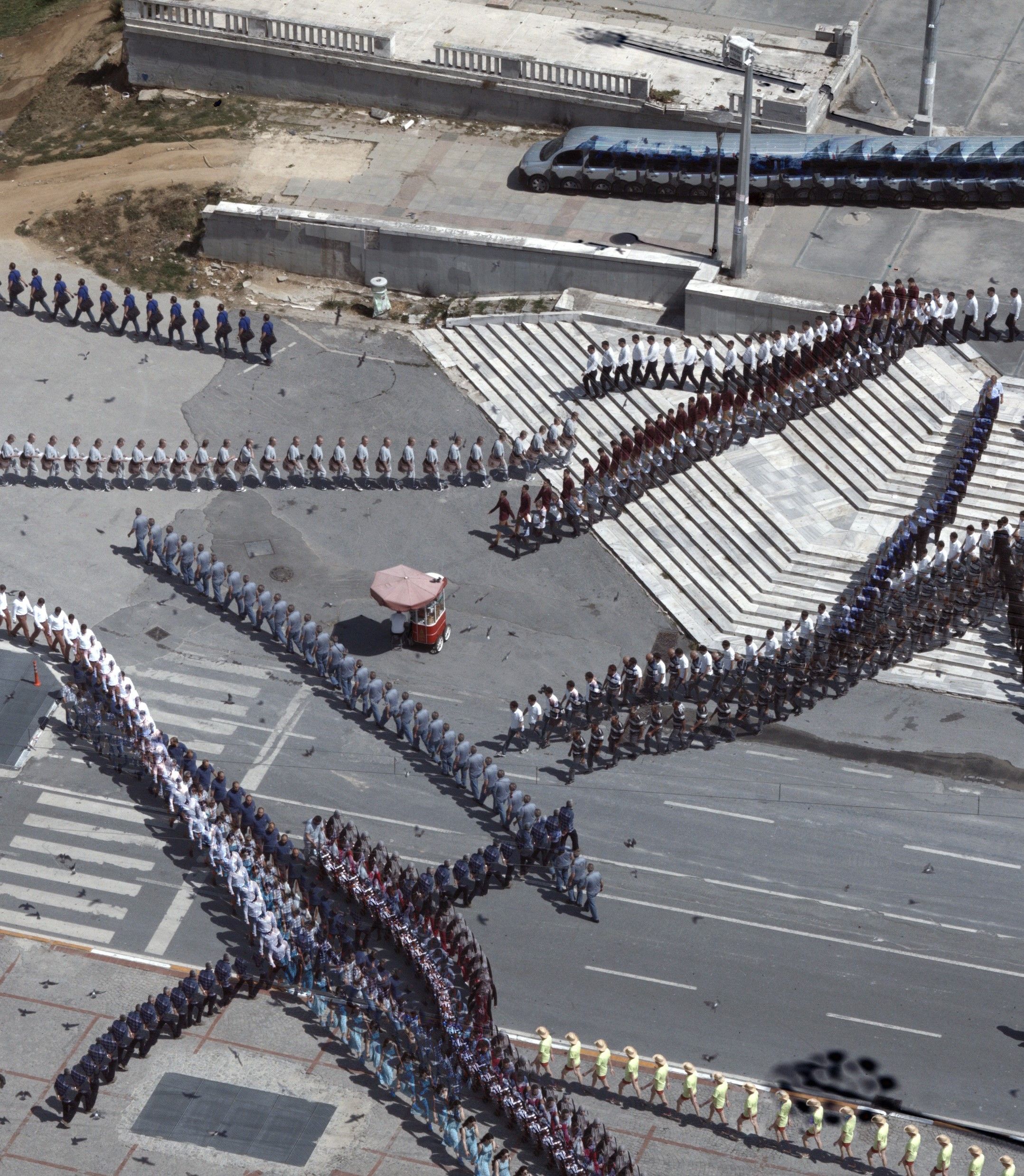 OPEN SPACE presents Ubiquitous Surfaces, an exhibition that explores two kinds of surface that have become integral to the human experience; the surfaces of the city and the surfaces of images; the architectural facade and the screen. The two are not separate, but they increasingly resemble each other; the discolouring of a facade is now most reminiscent of a degrading image.

Ubiquitous Surfaces brings together works by nine Istanbul-based artists, as well as works from the Huma Kabakcı Collection. Taking Istanbul as a case study, the artists’ works collectively explore how the production and recording of images shape our relationship with the city. The exhibition follows from a series of talks, titled Not / Seeing The City, which took place at SALT in Istanbul, with exhibiting artists Oddviz Collective, Alper Şen (Artıkişler Collective) and Serkan Taycan, who discussed developing technologies of vision and their place in understanding urban transformations.

The works of Serkan Taycan, Larissa Fassler and Erdal İnci all reference Taksim Square, a politically significant public space in Istanbul. Looking at it through different means of image-making, from GIFs to cartography, the artists follow the surface movements of people on the concrete expanse, observing, tracing and rearranging their interactions. Oddviz Collective, Kerem Ozan Bayraktar and Lara Ögel look more closely at the actual surfaces of walls, facades and streets, which have become the sites of inscription for political histories. The surfaces they play with are the interfaces between the city and its inhabitants, carrying both expressions and erosions. Ara Güler, Berkay Tuncay, Artıkişler Collective & Sevgi Ortaç’s works question how images build collective visual memories of the city. Reaching from mid-century analogue photography to handy-cams and broken jpegs, they look at how images disseminate meaning and affect.

All of these artists record, document, reproduce, montage, erase and manipulate images of the city – either those that are formed directly on its surfaces, or those transposed onto screens, in an effort to process the density of information and find new possibilities for interaction.